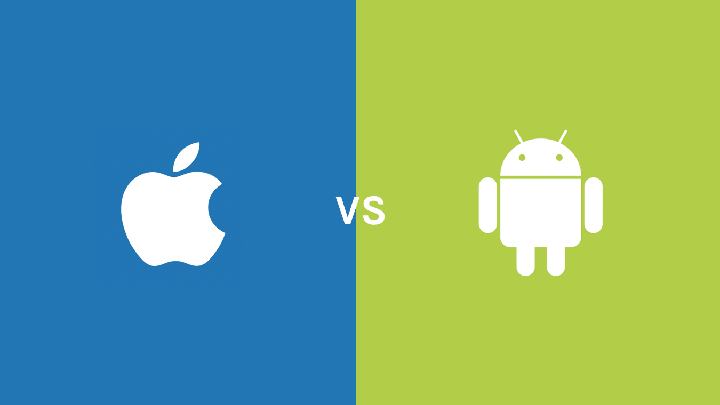 In the battle for mobile supremacy, the market has long-since consolidated into a two-way battle between Apple’s iOS and Google’s Android. As of March 2019, it was estimated that these two platforms accounted for 99.1% of all smartphones in the U.S.

With avid fans on both sides of the divide, each platform has distinct advantages and disadvantages for users and developers alike. Over the years, some of these differences have lessened, with each platform “borrowing” the best ideas from the other. Even so, there are still major areas that differentiate the two rivals, especially for app developers.

One of the biggest differences between the two platforms is the choice of development languages. Android apps are predominantly written in Java, Kotlin or C++. Of the three, Java and Kotlin are the best options for creating full-featured apps.

For a long time, Java was the only way to unlock Android’s full potential. With Google’s decision to add Kotlin as an officially supported language, however, developers now have an easier, faster, more modern language to base their development on.

In contrast, iOS apps are largely written in Objective-C or Apple’s newer Swift language. Similar to the relationship between Kotlin and Java, Swift represents the newest evolution of Apple’s programming language, being faster, easier to learn and more modern.

Another major factor in development is the number of devices and operating system (OS) versions developers must target. Because of Android’s open nature, virtually any company can create hardware running Android. This can be a challenge for developers to ensure their app is optimized on the widest array of options. Similarly, because of its decentralized nature, the Android market is often heavily splintered between current and past OS versions.

Apple, on the other hand, is the sole maker of iOS hardware and directly controls iOS updates. As a result, there are relatively few hardware designs iOS app developers must account for and iOS users tend to adopt new OS versions much faster than Android users.

One of the defining differences between the two platforms is as much a philosophical difference as a practical one. Google tends to take a hands-off approach to controlling and moderating what developers can and cannot do. Developers have general guidelines suggesting how an app should look and function, but no one forces developers to comply. Similarly, there is no lengthy review process for apps submitted to the Google Play Store.

In contrast, Apple takes a more hands-on approach, viewing themselves as the gatekeepers to the walled-garden that is iOS. Apple’s guidelines are more requirement than suggestion, while each and every app must past a review process before being released on the App Store.

Another difference between the two platforms is their relative market share. In the U.S. Android accounts for 52.1%, with iOS comprising 47%. In the rest of the world, however, it’s a much different story. It’s estimated that, worldwide, Android enjoys 85% of the mobile OS market.

For a developer, that disparity in market share is a big difference between the two platforms, especially when it comes to marketing and monetizing an app. It’s entirely possible for an Android app to have a smaller portion of a specific market, yet still have millions more users than a comparable iOS app.

That being said, while Android is the undisputed market share champion, market share only tells half the story. For years, Apple’s App Store has consistently generated more revenue than Google’s Play Store. Despite Android’s growing base and popularity, the revenue disparity has continued to increase—in Apple’s favor. In fact, as of the end of 2018, it was estimated that Apple’s App Store generated almost 93% more than the Play Store.

As a result, it’s important for developers to weigh market share versus paying users. While Android has a clear advantage in the former area, Apple dominates the latter.

iOS vs Android: Two Sides of the Same Coin

While iOS and Android development have much in common, their differences are just as clear as ever. In many ways, they represent deep, fundamental differences in how the two companies view the mobile market, as well as their role in protecting/enabling their users.