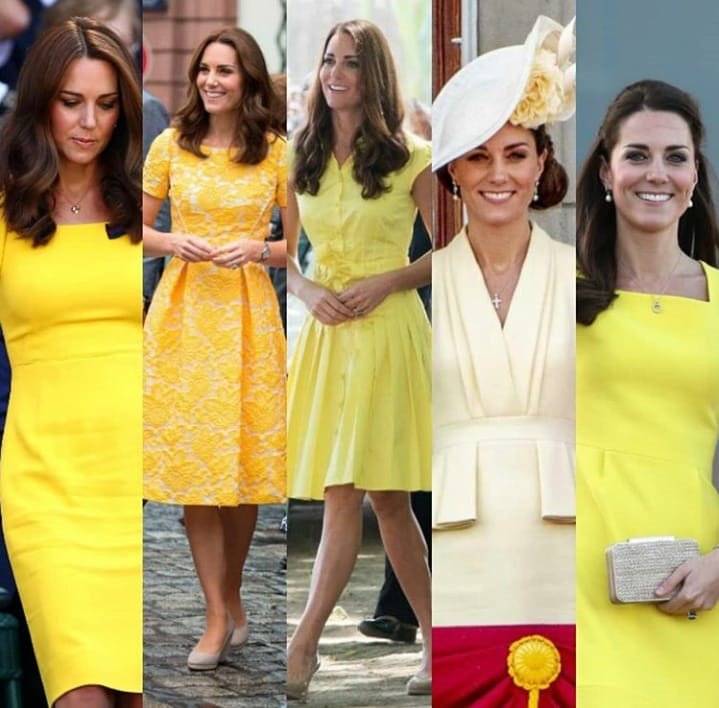 “Fashion is the Armor to survive the reality of everyday life” said Bill Cunningham. Just as the saying goes today’s fashion industry is one of the biggest industries with a 2% of the world’s GDP. 8 billion pieces of clothing are consumed every day. This industry is an ever-evolving industry with yesterday’s trends out of the closets tomorrow. Global clothing production has nearly doubled in the past 15 years with garments being worn much lesser and discarded quicker than ever before.

Celebrities have been a major fashion influencer since decades. Some famous celebrities are known to have their very own fashion brands. Clothing and other apparels worn by these celebrities are sure to become famous and sell out immediately. One such example is the clothing worn by the British royalty. Anything that they wear sells out quickly and becomes a big success. Although many designer brands approach them from time to time, they most wear English brands to promote the local businesses.

Apart from celebrity influenced fashion from media, there is also a global fashion week held every year at either of the fashion capitals in the world such as New York, Milan, Paris and London. The fashion week is a fashion industry event that showcases various latest collections of hundreds of fashion brands across the globe. They have two kinds of shows such as menswear and women wear. Apart from clothes they also market other apparels such as shoes, hats, accessories, etc.

Another major and prominent fashion event is the Met Gala which is a theme based event where celebrities promote a particular brand every year while dressing up to the given theme. It is organised by Vogue and several famous celebs walk the fundraising ramp every year. This highly spoken of event happens to be a prestige for celebrities to be called for attending and months of costume preparation goes into work. The event lasts for nearly five to six hours along with some celebrity performances.

Apart from clothing, one another apparel that drives the today’s world crazy is hats. More specifically, it’s the classic English hats worn by Britains and other European women for weddings and other ceremonies. There is a huge hat industry worth millions in Britain. All fashion enthusiasts always have a close eye on the hats worn especially by the royalty. These hats are each worth so much and are delicately made with all intricate and creative designs.

Just as wemen’s hats, men’s hat also is quite famous in the English society and has a lot of specialized designers. These are worn at all wedding ceremonies and military ceremonies. The hat culture is something that’s inseparable from the British culture and has spread across Europe quite fiercely. Almost all of the European countries now possess their very own hat designer brands and shops.

Just like clothing and hats, footwear also plays a major role in one’s over all outlook. The significance of foot wears are traced back to the Roman period where Romans considered footwear and clothing as unmistakable signs of power and status in the society. In today’s world also footwear plays a major role in shaping the fashion industry from time to time. Major fashion programs such as the fashion week, Met-gala and even Cannes film festival has a lot of rules surrounding foot wears. There are close to half an million men and wemen footwear brands around the world.

The next biggest part of today’s fashion industry is the bridal decor. The long flowing christian white gowns and the suits were firstly introduced in the Victorian era and has been followed ever since with minor alterations from time to time. The bridal fashion is also a significant contributor to the industry with $57 billion dollars and each country having its own customs.

India being a huge country of diverse culture from Kashmir to Kanyakumari has several different wedding customs contributing to several different bridal attires with each of it having its own workmanship feeding thousands of families annually.

Although the fashion industry provides so much employment and GDP globally every year, it has its own downsides.In the United Kingdom consumers have as much as $47 million unworn clothes in their closets. All the clothes that are purchased at a bargain price are typically used or stays in one’s wardrobe for 2.2 to 3.3 years and are then thrown away. For something that stays in our possession for such a small amount of time takes typically 40 years to decompose, thereby harming the environment severely. This $3 trillion dollar industry can be utilized more efficiently and carefully if and only if the clothes are recycled and reused.