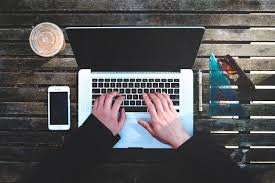 Common computer issues occur due to a variety of reasons, in both the hardware and software. Resolving these issues is usually a matter of knowhow.

The reality is, that there are a number of common problems that we all face while using our systems. So you needn’t panic. In this article, I will be pointing out, 5 of the more common issues, that you should be aware of.

A system that is overheating, is a system that is running slower than normal and frequently crashing. Overheating is also capable of damaging components, in most cases, permanently.

The two main reasons why your system may be overheating is, because the cooling solution on your computer no longer works as it once did, or the current cooling system just isn’t capable of adequately keeping the computer cool.

There are 100s of different reasons why Windows Update errors occur. These include, licensing problems, file corruption, virus infections, and more.

On the surface, the problem doesn’t seem too bad. But if you want your system to be kept up-to-date, with the latest software and security patches, then you’ll have to take active steps to fix it.

There are several things that you can do to fix it. The first, and probably the most simplest, is to use Windows built-in troubleshooting application.

The troubleshooter is a decent tool, not very effective, but it does work, occasionally. If that doesn’t solve your problem, however, then there’s the many technical support websites, include Microsoft’s official website, that will walk you through various fixes that you can apply.

If your system appears to load up, showing the first manufacturer’s logo, only to crash during the OS load sequence, then the cause, is most likely a hardware component, such as the hard drive or RAM. If the operating system does not load up, this could be because your Windows installation is corrupted or because your memory modules (RAM) are not working as they should.

The first thing you should do, is remove the memory modules from their slots (on the motherboard). Then reinstall them, one by one, while verifying whether or not it has fixed your problem. If it’s the hard drive, then it’s simply a matter or reinstalling your operating system.

There are a number of reason why your printer is refusing to print, so you’ll want to start with the most simplest solutions, such as, whether or not there is an error message or warning lights showing anywhere on the printer.

You also want to ensure that you have the basics in order, like paper inside the tray, ink cartridges that are not empty, everything connected up as it should. Such as the USB cable, connecting from the printer to your PC.

If all of those things are in order, then you may want to look at other things. All-in-all, the solution below, tends to fix the vast majority of printer problems.

That is, to restart your printer. However, before you do that, you should cancel or delete all of your active printing jobs. Then power down, and power on the printer.

It’s not uncommon for the printer to suffer print job issues, causing the printer to become unresponsive. So, that’s the first thing you’ll want to consider doing.

If that doesn’t work, then you’ll want to look for problems with the computer itself.

Every printer that you connect to your system, must be accompanied with drivers. So, if there are any driver related issues, then you should be given the heads up, somewhere within the printer’s software.

Simply, what you’ll want to do, is ensure that the printer has the latest drivers installed, and that they work.

5. Computer Not Turning On

If your computer refuses to power on, that means, it’s completely unresponsive, when you press the power on button, then it’s likely the result of a power failure.

For desktop users, you’ll want to ensure that all the cables, both inside the computer and outside, are connected securely and appropriately. If they are, then you should start looking at your power cables. Replace your system and monitor power cables (with spare ones), then verify whether or not that has fixed the problem. If it does, then you’ll need to buy a new power cord. If it doesn’t, then you may need to consider buying a new power supply unit.

Note: When diagnosing your system, you’ll want to ensure that all nonessential components and devices are disconnected from your desktop and laptop units.